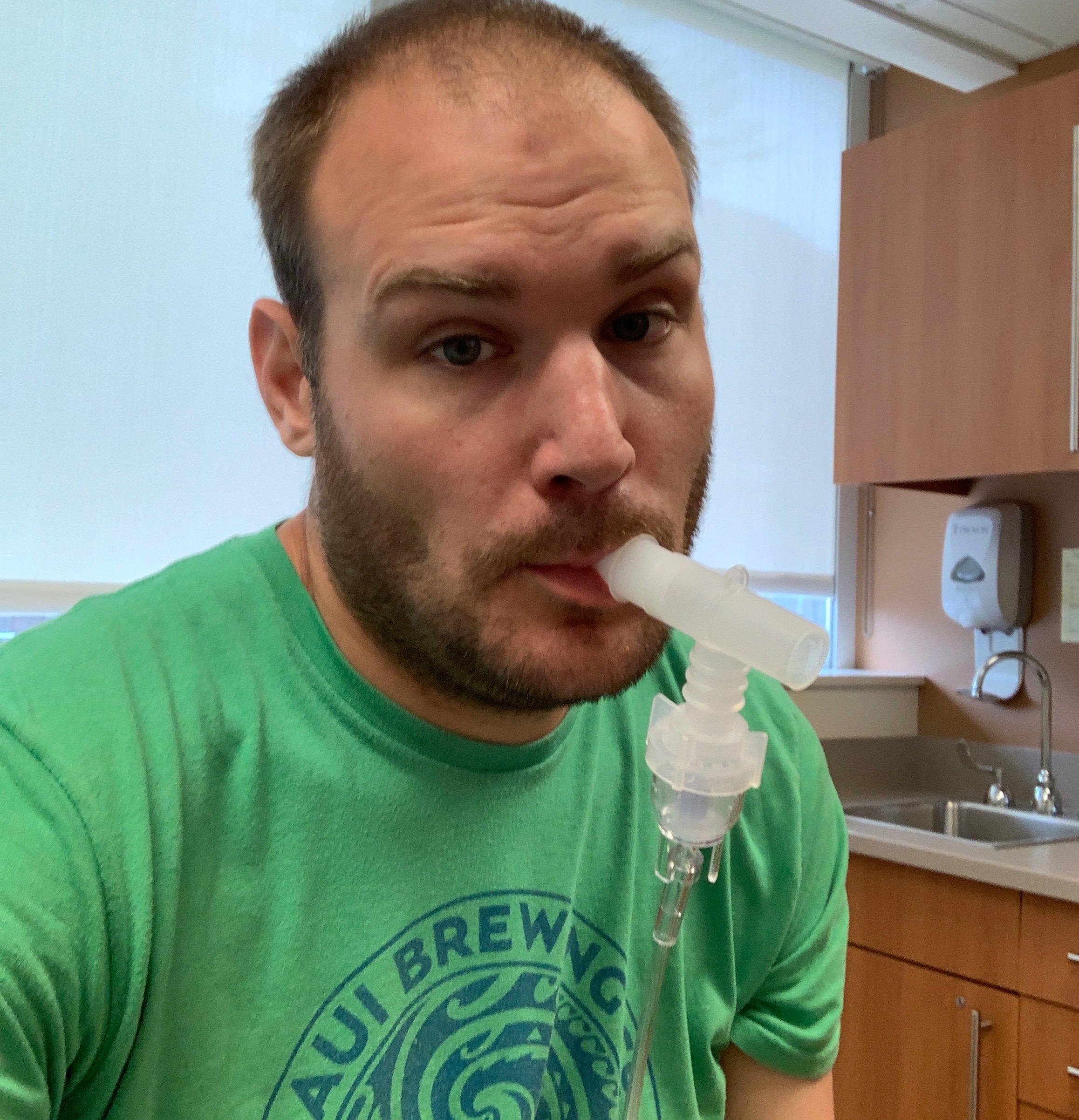 For the majority of my adult life, I had been incredibly healthy. I rarely got the flu or even a cold, and I hadn’t gained a single pound since college. My asthma, which was a chronic issue when I was younger, had all but disappeared and I hadn’t needed to see or even had a primary care doctor since I was 18. Aren’t your 20’s and early 30’s awesome.

Whether it was some sort of signal from my body telling me not to be a SAHD or the fact that I’m getting older (36 in October…), the healthy streak came to an abrupt end. I’ve referred to my mystery illness a couple of times now, so I figured its time to jump into the details and share how it has affected my physical and more importantly, mental health.

Since “mystery illness” doesn’t really roll off the tongue, I think a proper name is in order. From here on out, I’ll call her Bessie.

The Story of Bessie

Thankfully about three weeks before Bessie, as part of my SAHD Preparations and getting ready to leave my job, Mrs FW forced me to find a primary care doctor and I had a physical and had some necessary blood work done. I learned I gained 10 lbs, which annoyed me, but not enough that I actually did anything to change it. The blood tests would prove to be an essential baseline for the impending doom of Bessie that lurked in June and July.

Bessie joined my life right around Father’s Day.  She started with super achy muscles and stiff joints. When I would wake up in the morning, I felt as if I had a combination of the flu and had run a 10K the day before. Shortly after a pounding headache would set in.  A good round of Advil and some coffee and my body would start to come back in line. Around 4 pm, Bessie would get angry again and my energy level would fall to zero.

After about a week of this and no change, the night sweats started up. I’ll leave that one there.

As I reached the end of week 2 with no change and Bessie growing in annoyance, Mrs FW suggested it’s time to bring in the doctor. The doctor didn’t feel too concerned and thought that I was on the tail end of something viral. He said everything should start to clear up over the next week and sent me on my way.

Fast forward a week later (Week 3), and Bessie is really angry. The stiff joints now feel like I’m running a daily marathon and energy levels are at all-time lows. An excellent way to start off my first 2 weeks as a SAHD.

Back to the doctor and my first round of blood work. The results came back, and my hemoglobin levels had dropped by 25%+ from a month earlier. They had fallen out of the normal range and my red blood cell count had fallen as well. This brought on a whole new round of tests to look further at kidney and liver functions.

The next round of blood work revealed that my liver enzymes were 5 to 6 times higher than the should be and my hemoglobin levels were continuing to fall.  Next step…..a referral to an Oncologist/Hematologist. “What the hell is going on?!?!. Oncologist!?!”

This just got real, real quick.

The visit to the Oncologist was right around week #4 of Bessie, but thankfully, I was finally starting to feel some relief. The day arrives to visit the doctor, and my head is spinning with the possible outcomes. She quickly put my mind at rest and ruled out all of the really bad stuff based on different markers within my blood work.  It turns out bilirubin levels are important for beyond getting your heel pricked when you’re a newborn.

After a lengthy talk of the symptoms and brief exam, she also feels that Bessie is a viral infection but had to rule everything else out first. The virus has the ability to suppress red blood cell production and mess with your liver function. She was worried though about the elevated liver levels and needed to rule out Hepatitis and Liver Disease to be able to feel confident about the viral infection diagnosis.

More blood work, a liver ultrasound, and more waiting. All test came back negative, and Hepatitis and Liver Disease were ruled out. Back to Bessie being a viral infection, and waiting to see if things clear up. Week #5 and more blood work. “It’s all about the trends” my doctor would say. Even if the levels are bad, we need to see it moving in the right direction.

The Transformation of Bessie

As the achy muscles and inflammation started to subside and I began to feel more like myself again, Bessie transformed from a blood related viral infection to some sort of respiratory infection which triggered a full-blown asthma “episode”. Week 5, day by day, my asthma progressively got worse, leading to another doctor’s call and 3 days of steroids. 2 days post the steroids and the start of week #6 things are terrible, and I can bearly breathe. To urgent care I go. More steroids, for 9 days this time.

On the ninth day of the steroids, (mid-way through week #7 of Bessie!) and on my lowest dosage, things get even worse which lands me in the Emergency Room. I get even more drugs, my third chest x-ray in 15 days, and a pulmonary doctor is added to my arsenal. I now have 2 new inhalers, an allergy pill, and steroids for 20 days, with hopes I can be off most meds by October.

As I write this, Bessie seems to finally be on her way out, for real this time. The new Asthma meds are working; hemoglobin levels have returned to normal, and no stiff joints what so ever. I’m about 10 days into my 20-day prednisone run and fingers crossed Bessie is a thing of the past.

So how did Bessie change me?

Sometimes you need those moments in your life that bring about actual change. These aren’t the happiest experiences and are associated with some of the scary realities of life.  The referral to the Oncologist was this moment for me. After the brief phone call with my Primary Care doctor and the realization that Leukemia or other blood-related issues were a potential here, I began to read and found that my symptoms checked all of the boxes for probable diagnosis. The more I read, the more scared I became. The overwhelming thought in my head was “When we get through this, its time to make a change and get healthy.”

What to do with all this new found motivation?

The motivation manifested itself in a couple of different ways.  Here’s a summary of where my head went initially, I plan to expand on these in coming posts.

Lose some weight:  With minimal effort throughout my 20’s, I managed not to gain a single pound. My weight was still roughly 20 lbs more than I ideally wanted to be, but luckily with my freakishly long torso, the extra 20 lbs look normal. 2019 brought on my first weight gain, adding about 10 pounds in the first five months. Time to drop 30 lbs!

Get Moving:  I used to run, and I used to love it. Life and laziness got in the way of keeping it up, but I always had aspirations of getting back out there and maybe even something crazy like a marathon. Assuming asthma lets me, time to start running!

Don’t drink so much:  A hazy, hoppy IPA and a good glass of red wine are two things I have developed a taste for over the last ten years and have probably not helped with the weight gain. Mrs FW and I have tried the No Drink Weeks or Months, but no real change came from it. Well, it turns out that feeling like crap for 7+ weeks and having liver enzymes 5x their normal levels are a pretty good reason to stop drinking. Time to stick to water!

The last missing piece of driving this change is an accountability mechanism. Enter The Family Worth. It turns out I have a blog about my life, which can serve as a perfect way to keep me in line. I plan to use The Family Worth to set goals, track my progress, and bring a data-heavy analytical approach through my journey to becoming healthy.  You’ll notice a new Health tab at the top, and I plan a slight website overhaul to incorporate my new content in addition to sharing my thoughts on being a SAHD and on personal finance.

3 Replies to “The Story of Bessie. How she beat me up and changed me for the good.” 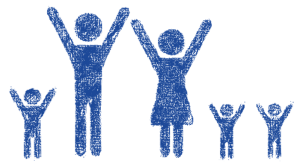 I’m a stay-at-home dad to 3 amazing boys – a 4-year-old toddler and twin 1-year-old boys –  and husband to my beautiful wife.

I have spent the better part of 13 years climbing the corporate ladder, going to night school, working long weeks, writing quarterly business reviews, and spending endless amounts of time in excel spreadsheets. With the arrival of the twins, I’ve decided to leave my job behind and stay at home with our three boys.

I created this blog to share the SAHD journey and further explore my passion for personal finance.

Thanks for stopping by!